Chromium in the glass

Chromium in the glass - How, why and which form?

What is Chromium anyway?

Chromium (Cr) is a chemical element from the group of transition elements. It is found in various forms and various compounds on earth. The most important oxidation states of chromium, and content of this document solely, are trivalent chromium (Cr3+) and hexavalent chromium (Cr6+).

More than 90% of the chromium in the human body are taken from it by foods such as fish, meat, fruits and vegetables.

And why is the topic Chrome then so important?

While the Cr3+ is not only safe for our bodies, but - at least in certain amounts - even required as a trace element, the Cr6+ is carcinogenic, which means, that Cr6+ is supposed to increase the risk of cancer. The study data on this issue, however, is unbalanced. For the carcinogenicity of inhaled Cr6+, there are several studies with similar basic statement. Regarding oral taking, the study situation is far thinner. Here, almost all known studies based on a case in China from the 1960s, such as for example was explained in the still recent named study by the Federal Environment Agency of Germany ("Umweltbundesamt") [1] .

Basically there are two points from previous studies to conclude:

1. As long as a risk of cancer is imputed to Cr6+, it is recommended not to distinguish between oral and inhalation exposure, meaning to take it as being carcinogenic regardless its way in the body. That is why Cr6+ is also classified such way by REACH and ECHA.

2. With regard to the effect in the body (and possble thresholds) there is currently not any valid study that gives a bit of enlightenment. The Umweltbundesamt examines "actually" (the report is from 2014) the data in Germany on "The importance of hexavalent chromium in drinking water" [2]. More recent figures are not found there.
The Environmental Protection Agency of the United States ("EPA") has most recently held in September 2013 a workshop with international participants [3] . Here, amongst other results, it was gathered clear, that although the human body can convert Cr6+ to Cr3+, this process does not work the other way around [ "Hexavalent chromium can be converted, or "reduced," to trivalent chromium but this process will not occur in the opposite direction in physiological systems (that is, trivalent chromium can not "oxidize" to hexavalent chromium in the human body)."] [3] .

But all this means, at least, in the contemplation of chromium, a distinction between these two oxidation states is essential, and only for Cr6+ can thus a limitation/threshold be useful.

For chromium in total in drinking water, the WHO recommends preliminarily eg. a guideline of 50 micrograms/liter. This 50 µg/l total chromium are currently used as limit for drinking water in the EU and Germany; in the United States generally a limit of 100 µg/l of chromium is used. In our research with regard to Cr6+ in drinking water, we were able to determine the state of California having a limit of 10 µg/l Cr6+. No threshold could be identified for Europe and Germany, thus it can be assumed that here currently a limit of 50 µg/l Cr6+ applies.

And what does that have to do with glass?

Chromium is used as a coloring element, mainly in green glass. Although there are alternatives, eg. iron, chromium, however, is actually for some colors difficult to replace.

On top of that, due to the high recycling rate in Germany, also significant quantities of chromium are brought in from the cullets.

So green glass is contaminated?

First, the total chromium content is quite low already, second only trivalent chromium compounds such as chrome iron ore are used in central Europe. In the glass melt also a raise of the oxidation state from Cr3+ to Cr6+ is generally thermodynamically excluded by the commonly prevailing conditions. Therefore, only chromium(III) compounds are detectable after the melting process in the finished product.

Several laboratories, including the IGR have already done some test runs regarding this topic. In our case it was and still is regularly tested, both freshly produced green glass from various glass factories, as well as the bevearages in green glass bottles, specifically to Cr6+. It has been detected in none of the cases examined.

That leaves glass - even green glass - for beverages continue the package no. 1. 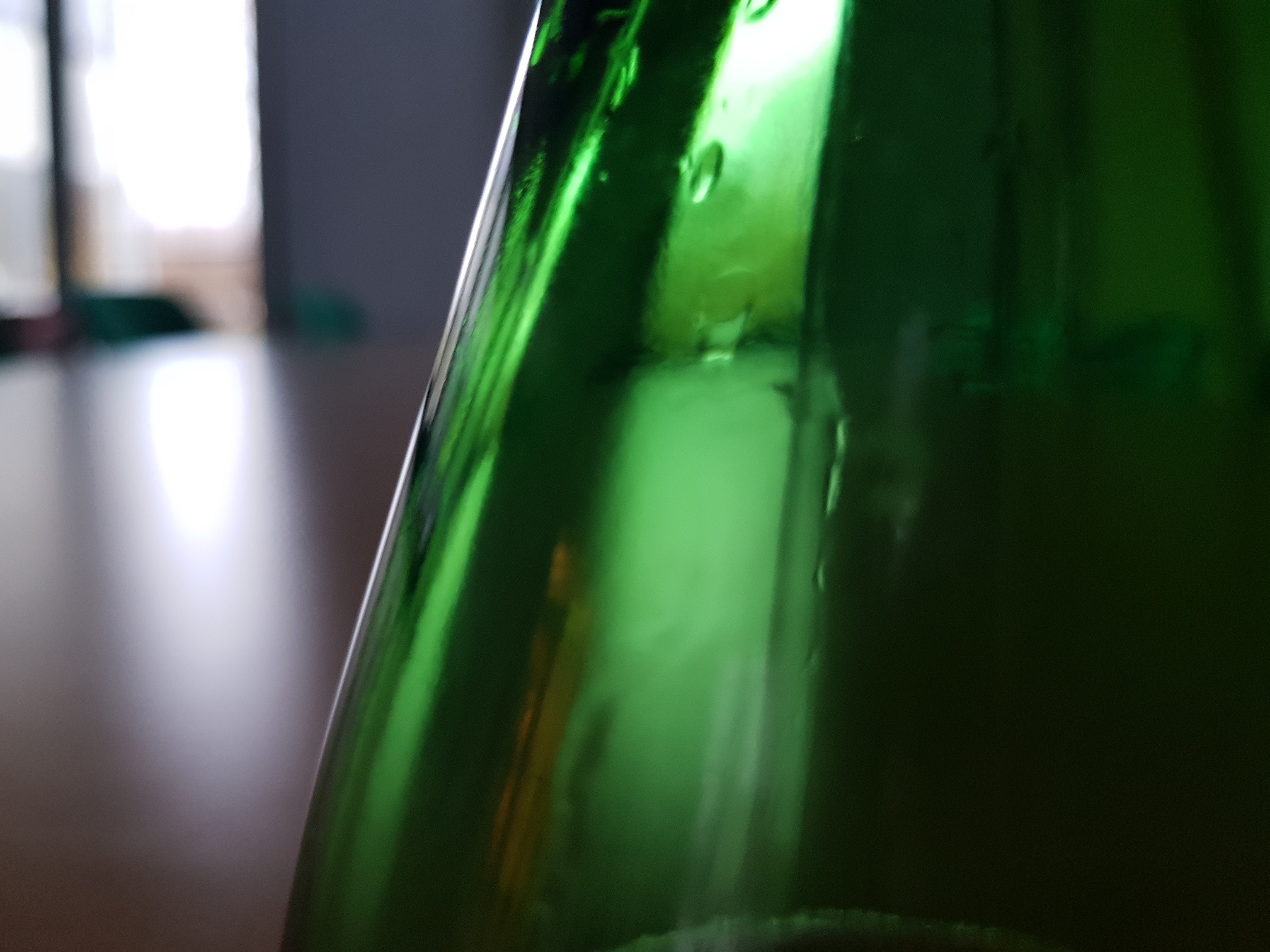